Here's some books I read that I have minimal things to say about.

Ok the girl can write, I haven't read her other book yet but I'll get around to it eventually.  I liked Delirium but I think it definitely could have been shorter.  MC got on my nerves a lot.  Is it sad that I don't remember any of the characters names?
I liked the ending, things finally picked up and yeah, I'll probably read the next book in the series.

I really enjoyed this one.  It was beautiful, I loved that what's her face never truly gave in, but I was kind of sad how it ended.  I got stockholm syndrome and I wasn't even kidnapped. Damn.  Read this one!! 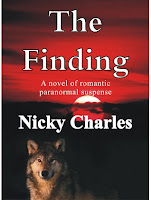 The Finding
by Nicky Charles

This is the third book in her werewolf book series.  Nicky Charles is awesome because she gives her books out free. Smashwords.com.  And they are pretty good.  The Mating and The Keeping are the first two books.  As far as this book goes, it was my least favorite of the the three.  Cassie was so annoyingly resistant to being a werewolf that I wanted to slap her in the face.  GOD some people would love to be a werewolf!!  *points to self*  This book was just meh, I liked the Keeping the best.

I liked it at first, but then halfway through I got annoyed with uhhh that girl who is the main character.  I liked the world Oliver made but there were so many things not explained.  Like whyyyyyyyy are there demons out in the first place?!  Was the world always like that?  And if what's her face was so badly in need of money, and gas prices were so high, then why oh why was she always driving a car around??  GAH!!  I will not be reading the next book in the series.

I love Sophie.  But WTF cliffhanger ending?!  Loved this.  Read it.  It's hilarious.  But make sure you read Hex Hall first, cause, it's awesome as well.

The Replacement
by Brenna Yovanoff

UGH.  Just UGH.  Mackie should have been a girl, maybe then I could excuse him for his sissyness and fainting spells.  Tate pretty much did all the work for you anyways. And maybe I am just desensitized or something but I didn't find the descriptions creepy or weird or scary.   Did not like this book at all.

Um this one was just okay for me.  I dunno, I liked it but I didn't think it was that darkly funny.  I mean, I've seen the talking head thing before so it wasn't all that special for me.  Sam was a good character but yeah I just...I... it was okay.
Posted by Straylights at 12:11 PM

If it was just me I probably wouldn't read half of what you read...although I think I should try...and I didn't know you want to be a werewolf, I always thought it was vampire :D

I was expecting so much more from Delirium.

I'm really looking forward to reading Stolen - its been out forever but I've never been able to pick it up. It seems like it'll be something that'll end up scaring me!
I've got Delirium - can't wait to read it!

LOL - I have a few of those books in my TBR pile but haven't been interested in reading them - your thoughts didn't move them up any :-)

Ah, good little snippets you posted. Thanks for the thoughts!

@A!ko - Vampire, werewolf, It would be fun to be both! Double infection!! That sounds gross...

@BookQuoter- I did kind of drag on a bit didn't it? Maybe the next will be better!

@Lissa- I don't think it will scare you! I really enjoyed it despite it's creepy subject matter haha!

@ Karen - I think I should just step away from the YA genre, everything I have been reading is just okay. Nothing spectacular...well except for demonglass and stolen :)

@ Lindsay - Thanks! Glad you enjoyed them!