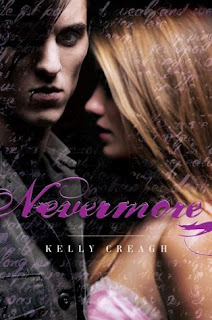 
I wasn't going to touch this book.  I swear.  I really had no intentions of reading it.  But then I went to the library that they gave a makeover to and this book was just sitting there!  Along with a bunch of other books that I have been wanting to read, but not wanting to pay the stupid hardcover (GRRRR!!) price for.  So fine, I caved, I closed my eyes and checked it out along with three other young adult books.

The reason I have been avoiding this book is because I've been noticing a trend.  Young adult books of the paranormal genre seem to just piss me off.  The heroine is always a dolt, (this book is no exception) there is always a stupid love triangle, and of course, more than likely it's the start of a series.

GAH!  Is there some unwritten rule now that books in the paranormal genre (this includes sci-fi and fantasy books as well) have to be series?  Can't anyone wrap up a story in one book anymore?  Robin Mckinley did it with Sunshine, as did Emily Gee with Thief With No Shadow, and William Goldman with the Princess Bride.  I can't think of anymore but there has to be!


Yesterday was a pretty boring day because the Packers didn't play until 7:30 so I had plenty of time to kill. I sat down and started reading this mountain of a book and immediately hated Isobel's voice.  Good god is she a whiney tart. "OMG I HAVE TO PARTNER WITH THE SCUM OF THE EARTH OHHH NO"

And Varen, he's well, he's different I guess.  Got that whole goth thing going on and the emo hair and wears lots of rings. blah blah blah.  I honestly don't understand his appeal.

As far as characters and their interactions with each other are concerned, I found them all incredibly frustrating.  Isobel lies for no apparent reason and only ends up making things worse.  I still really don't understand why she couldn't just tell her parents that she had to work on a school project.  What does she do instead? Sneaks out of the house.  IDIOT.   I don't understand why she couldn't tell her parents that she *gasp* broke up with her boyfriend.  So what if your dad likes him?  It's your life and you had damn good reasons for breaking up with him.  IDIOT.
The relationship between her and Varen makes no sense.  Varen hardly talks, and when he does it seems he doesn't really care that he is talking to Isobel, she just happens to be there.  I suppose I would have understood their romance more if they had become friends, but to me it seemed as though, when they talked they would only exchange a few sentences at a time and then they would leave.  Sure there was that incident at the ice cream shop, but they didn't talk much did they? no.
How the relationship jumps from hardly talking to being in love is beyond me. 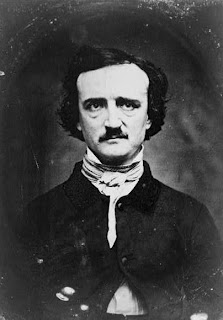 Besides my frustrations with the characters, the overall idea of the book, with Edgar Allen Poe is really interesting.  I admit I have never read anything by Poe except for the Tell Tale Heart and maybe one other thing.  So I learned a lot about Poe through this book that I never knew before.

This fantasy realm that is created though is a little difficult to understand.  I was as confused as Isobel was, and she sure as hell wasn't getting any answers.  I wish we could have had more explanations as to what was going on, we get some, but not much.  And of course, this book ends on a cliff hanger. Lame.

So overall, hated the characters, the fantasy world could use some more explaining, the Poe concept/world was awesome and I loved all the little poems and tidbits about him, aaaaand cliffhanger ending.

I am hoping that in the second and third books the world gets some polishing and clarifying and Isobel gets some common sense.  I suppose overall I liked this book because I do plan on reading the second in the series, however, I am not counting down the days until it is released.
Posted by Straylights at 12:03 PM

Since you said there were some spoilers, I actually didn't read the entire review. I just read the top - and I TOTALLY AGREE WITH YOU. YA Paranormals are just about pissing me off. I hate love triangles and I hate clumsy, helpless heroines. *grumbles*

Haha, like Kristina I skimmed to avoid spoilers. Seems like there were some ups and downs. I've delayed reading this book because the guy on the cover makes me believe the characters are going to be SO emo & annoying. I think I shall give it a talk though...everyone's reading it and I'm getting curious now!

I suppose they weren't like major major spoilers, but I just put that there just in case ;)

I so agree with you on the YA paranormal trend which is why I haven't been reading a lot of them lately. Ug.
The guy on the cover looks like a Jared Leto wanna be, or is that just me? I use to love him in My So Called Life. Off topic though.
I do love Edgar Allen Poe though so maybe when I get to the bottom of my huge never ending TBR pile I'll check it out. ;)
And ooopppsss, I read the spoilers. Didn't seem like too big of ones to me. =)